ACNA Assessors, Rarni and Heidi, embarked on an epic assessment trip through Western Australia. Driving over 1400km’s, they assessed clients within communities, their homes and at the community centres.

Seeing some beautiful sights outback Australia has to offer, and meeting wonderful people along the way, they documented some highlights from their trip.

The amazing coastline of Broome and Broome Town was the first thing to be seen, along with assessments for clients in that area. 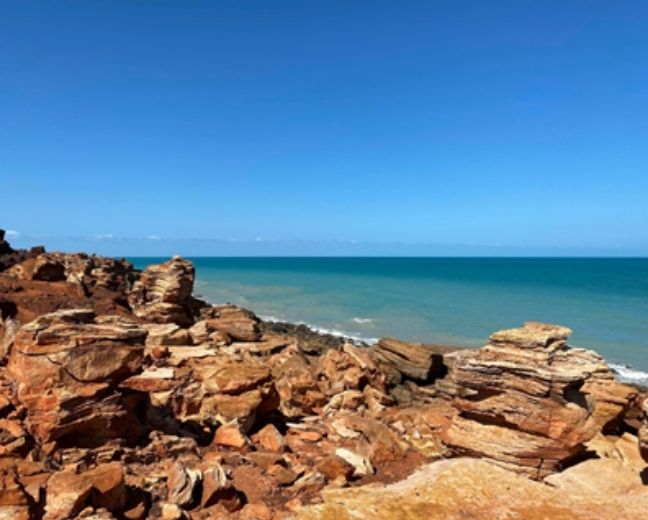 Clients come each day and attend medical appointments at this church and community centre. There is a population of around 360 people, and it is located on the west coast of the Dampier Peninsula, around 120 kms north of Broome. The church was built entirely by hand by local Aboriginal people and the Pallottine monks who started the Catholic mission in the late 1800s. The detailing mother of pearl, cowrie, volute and olive snail shells inside is absolutely gorgeous! The area is home to the Nyul Nyul people who’ve existed in this harsh, but pristine, coastal environment for thousands of years. The traditional owners have known it as "Ngariun Burr" which means "surrounded by springs".

Leading into and around the community are very sandy roads where you need to keep your eyes open to avoid the many sleeping dogs that blend in. Djarindjin Community people were once part of the Lombadina Catholic Mission. During the 1980’s the Federal Government instigated the homeland movement, and the old people that were living on the sand dunes and around the mission decided they wanted to have their own community. Djarindjin Aboriginal Corporation commenced in 1985, and the community of Djarindjin started.

According to the local Indigenous people, the name "One Arm Point" originated from the tale of an unfortunate pearler who had an accident with dynamite while attempting to catch fish using explosives in the bay. One Arm Point is a three hour drive north of Broome at the top of the Dampier Peninsula, and has a population 365.

The road is strictly four-wheel drive only. You can take tours of the hatchery and see a working aquaculture centre, with a range of local art and artefacts on sale. Beautiful locally carved trochus shells and jewellery can be purchased, which only the local Aboriginal people are allowed to collect.

This traditional Aboriginal community has embraced tourism, and there is the opportunity to enjoy camping and local tours with community members at many of the outstations surrounding the community. Local experts are passionate about sharing their knowledge on how to catch juicy mud crabs, trap fish and live off the local bush foods. Try your hand at fishing; though be aware the northern waters are a crocodile habitat! 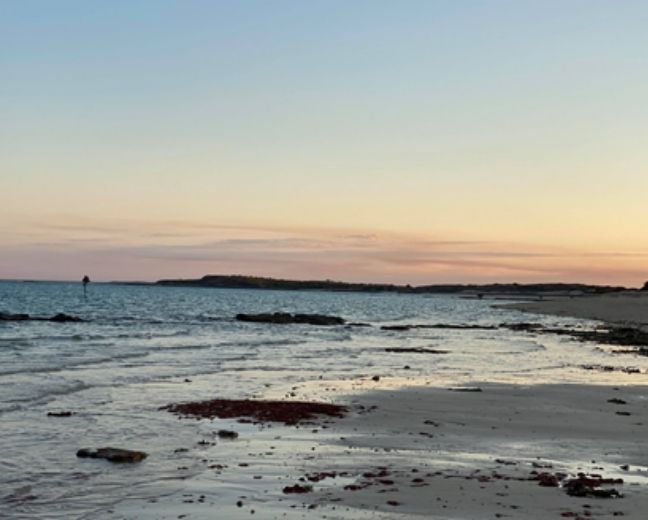 Lombadina has a population of 395. The name is derived from the Aboriginal word, "Lollmardinard". The community is inhabited by the Bardi people. Over the past 5 years in partnership with traditional owners and other communities, Lombadina has picked and sold wild harvested Kakadu Plum, and has started growing Kakadu Plum for orchards at Lombadina, and at other communities on the Dampier Peninsula. Lombadina aims to keep growing Kakadu Plum for orchards and enrichment planting at communities on the Dampier Peninsula, and also aims, in partnership with Traditional owners, to keep picking wild Kakadu Plum that will generate income for all involved. This will assist in the growth of this industry and create on country employment opportunities for local Aboriginal people.

Arriving to sealed roads was a welcome change from the long dirt road drive. The community centre was the office for the morning, and having arrived on the school carnival day, all of our clients were collected from the school and brought into the centre for their assessments and morning tea.

The Looma Aboriginal community was originally built as accommodation for the Aboriginal stockmen and their families who worked on the Camballin and Liveringa Stations during the late 1950s and 1960s. It was one of the first communities of its kind in Australia. A second community, "New Looma", was built approximately 2 km south, after splinter groups within the community had to move due to infighting. Consequently, a new community was formed with new roads, housing and water supply installed. The old community remained as is. 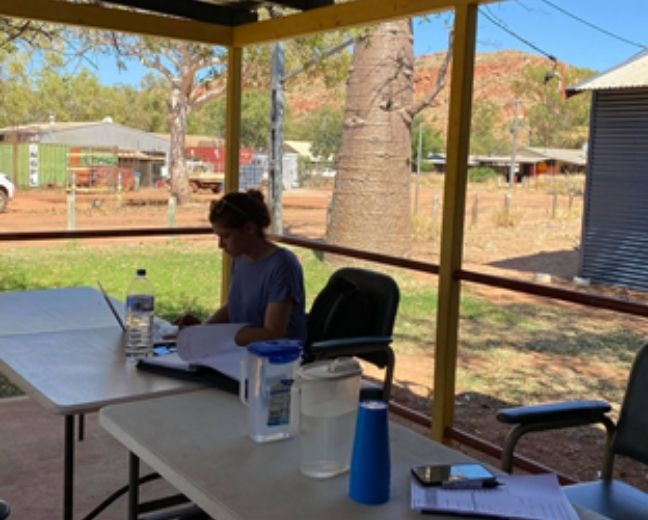 The Fitzroy Valley is home to five language groups – the Bunuba, Gooniyandi, Nyikina, Wangkatjunka and Walmajarri, each with their own distinctive language and customs.

Aboriginal art and culture is strong in the area, with several galleries open to visitors.  Fitzroy Crossing is a 4 ½ hour drive from Broome, and sits 391 kilometres east of Broome and 647 kilometres west of Kununurra. Fitzroy Crossing is one of only two towns along the over 1000 km stretch of highway between Broome and Kununurra. It lies on the fertile floodplains of the Fitzroy River. It is downriver from the striking Geikie Gorge National Park and south of the ancient canyons and caves of Tunnel Creek and Windjana Gorge, where you can spot native wildlife in abundance.

During its lifetime Marra Worra Worra has been a driving force in helping Aboriginal people return to their country to live in independent communities.

This is reflected in the ever increasing numbers of communities serviced by Marra Worra Worra over the years, from the original seven, that became seven in 1978, twenty by 1984, thirty five by 1992 and over forty by 2012. 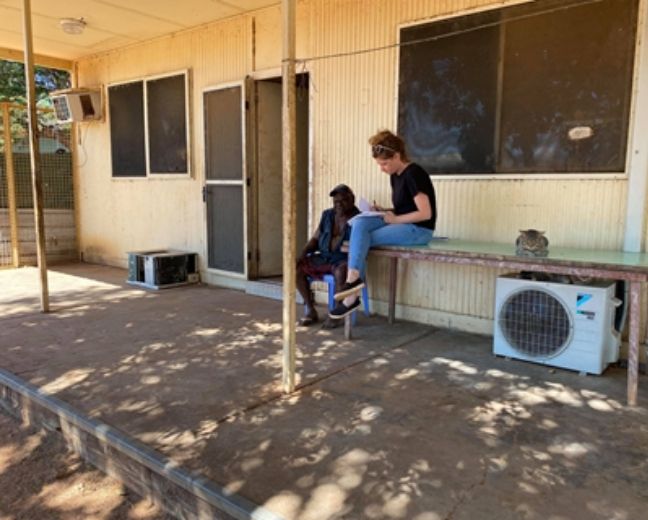 Along with Broome and Kununurra, Derby is one of only three towns in the Kimberley to have a population over 2,000. Located on King Sound, two hours north of Broome, Derby has the highest tides in the southern hemisphere, with the peak differential between low and high tide reaching 11.8 metres. Derby is home to several Aboriginal language groups and is rich in Indigenous culture. The Boab Festival is also a highlight of this area, with the boab lined streets creating an amazing visual on arrival.
Assessment. Coordination. Case Management.